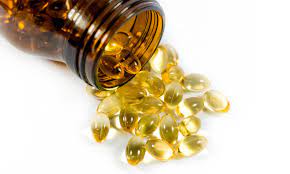 June 1 (UPI) — According to research published Wednesday in the Journal of the American Heart Association, 3 grams of omega-3 fatty acids per day appears to be the ideal amount for lowering blood pressure.

Omega-3 fatty acids may be found in a variety of fish, including salmon, tuna, sardines, trout, herring, and oysters, as well as supplements.

Docosahexaenoic acid (DHA) and eicosapentaenoic acid (EPA) are omega-3 fatty acids found in fatty fish such as salmon, tuna, sardines, trout, herring, and oysters. Some people use pills that include both DHA and EPA. While some research shows that omega-3 fatty acid ingestion may reduce blood pressure, the exact amount required to lower blood pressure has not been determined.

“According to our research, the average adult may have a modest blood pressure reduction from consuming about 3 grams a day of these fatty acids,” said study author Xinzhi Li, M.D., PhD, assistant professor and program director of the School of Pharmacy at Macau University of Science and Technology in Macau, China.

Researchers examined the findings of 71 clinical studies published worldwide between 1987 and 2020. The studies looked at the association between blood pressure and the omega-3 fatty acids DHA and EPA (either alone or together) in patients aged 18 and above who had high blood pressure or cholesterol problems. There were over 5,000 people in all, ranging in age from 22 to 86 years. For an average of 10 weeks, participants used dietary and/or pharmaceutical fatty acid supplements.

Adults who ingested between 2 and 3 grams daily of combined DHA and EPA omega-3 fatty acids (in supplements, food, or both) had lower systolic (top number) and diastolic (bottom number) blood pressure by an average of 2 mm Hg.

At 3g of omega-3s per day, systolic blood pressure (SBP) fell by an average of 4.5 mm Hg in individuals with hypertension and by roughly 2 mm Hg in those without.

Similar disparities were seen in persons with high blood lipid levels and those over the age of 45.

“Most of the studies reported on fish oil supplements rather than EPA and DHA omega-3 are consumed in food,” Li said. “This suggests supplements may be an alternative for those who cannot eat fatty fish such as salmon on a regular basis.” “Those who do not consume fish or other animal products may benefit from algae supplements containing EPA and DHA fatty acids.”

In June 2019, the United States Food and Drug Administration (FDA) declared that it will not object to the use of certain health claims that ingesting EPA and DHA omega-3 fatty acids in food or dietary supplements may lower the risk of hypertension and coronary heart disease. They did, however, emphasize that the data was inconclusive and contradictory.

“Our findings support the FDA’s recommendation that EPA and DHA omega-3 fatty acids may reduce the risk of coronary heart disease by lowering blood pressure, particularly in people who already have hypertension,” he added. “However, while our study adds a layer of credible evidence, it falls short of the threshold required to make an authorized health claim for omega-3 fatty acids in accordance with FDA regulations.”

The evaluation had limitations, such as discrepancies in how blood pressure was evaluated and whether the studies looked at omega-3 consumption from supplements or food, which may impact the quality of the results.

Peer-reviewed studies are published in the scientific journals of the American Heart Association. Each manuscript’s assertions and findings are exclusively those of the research authors and do not necessarily reflect the Association’s policy or viewpoint. The Association makes no assurance or warranty about their correctness or dependability. Individuals are the primary source of financing for the Association; however, foundations and corporations (including pharmaceutical, device, and other industries) also make gifts and sponsor-specific Association initiatives and events. The Association has rigorous protocols in place to ensure that these ties do not influence the science content. Revenues from pharmaceutical and biotech firms, device makers, and health insurance providers, as well as general financial statistics for the Association, are available here.