Optimal Nutrient
Home Fitness Impacts of Smoking on your health 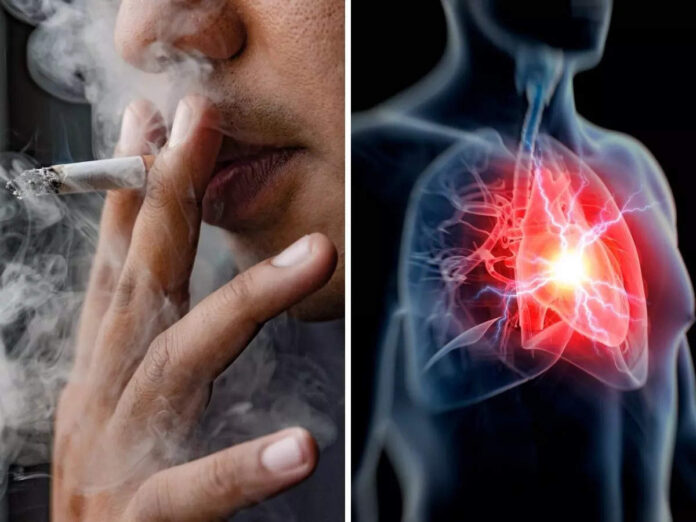 Smoking has become a common practice nowadays. People tend to give their reasons for practicing this act. Teenagers seek thrill and adventure in it. They want to show off. Some adults seek refuge in it. While many just follow in the footsteps of their elders and start practicing it. Smokers tend to neglect the harmful effects that Smoking can have on their health. Sometimes they don’t even accept that it can cost them dearly.

According to a study, About 1.1 billion people in the world are smokers. This act is practiced in all the regions of the world. In this article, you will be provided with some solid reasons why you should quit Smoking.

While Smoking you inhale smoke. With this smoke, you’re taking in substances that can badly damage your lungs. Prolonged exposure to these substances can lead to a variety of problems. Along with increased chances of developing infections, people who smoke find themselves at higher risk for chronic irreversible lung conditions. It includes emphysema which is the destruction of the air sacs present in the lung. It can also lead to permanent inflammation that affects the lining of bronchioles. It leads to chronic bronchitis. It is also the most prevalent cause of lung cancer.

Sudden withdrawal from tobacco products can cause drastic changes in your health. It can lead to temporary congestion and respiratory problems. This is because bronchioles and alveolar sacs of the lungs have just begun to heal. After quitting Smoking you might also notice an increase in the production of mucous. It is also a positive sign as it indicates that your lungs have started to heal. Children whose parents smoke are deemed to be passive smokers. In this way, they are more prone to coughing, wheezing, and asthma than children who are not passive smokers. They also have a higher risk of catching pneumonia.

One of the main ingredients that are present in tobacco is a mood-altering drug known as nicotine. It reaches your brain in a matter of no time. It takes only a fraction of a second. It will boost your energy for a period of time. But with time its effect wards off. Once it does you will begin to feel more tired and also crave more. Nicotine is very addicting.

Sudden physical withdrawal from nicotine can lead to impairment of cognitive functioning and make you feel more anxious. It can trigger irritation and also cause depression leading to severe headaches.

Smoking causes severe damage to your cardiovascular system. Nicotine triggers the tightening of blood vessels, constricting the blood flow in them. Nicotine if consumed regularly can lead to conditions like atherosclerosis. This will constrict the blood flow. Smoking is also linked with increased blood pressure. The deposition of nicotine also weakens the blood vessels. If you are a heart patient and had a stroke or a bypass surgery in the past and you continue to smoke, It will cause some serious repercussions for you. It will act as an insult to injury.