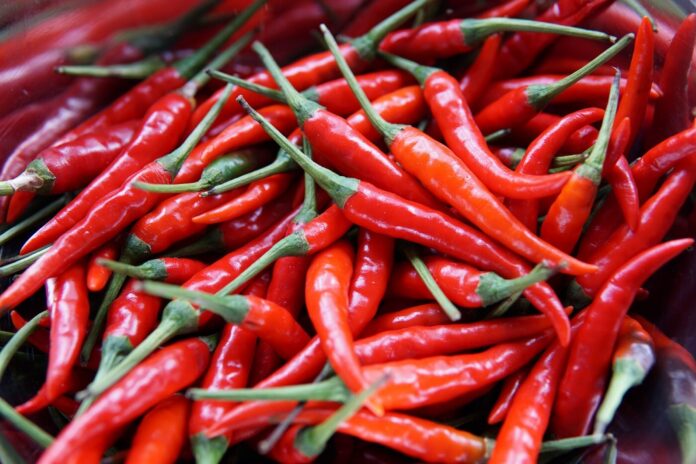 Chili peppers are widely eaten throughout the world. People who seek thrills often eat the strong chilies whole. They subject their taste buds to some serious testing at the hands of the chili pepper. Most of the time they are used as a source of seasoning. They make the foods more delicious by adding their characteristic taste to them. They are fruits with a taste that varies with type. It can taste sour, bitter, smoky, and sweet. They trace their origin to Bolivia. Chili was first cultivated in Mexico. After the discovery of America at the hands of Columbus, Chili was one of the notable things that Europe took with them from America. It was then used as food and also as medicine in some areas.

In 2020, according to a survey, about 36 million tonnes of green chili pepper will be grown globally. China was leading the charts in this regard. China was home to 46% of the total amount. A fruit cultivated and harvested so widely is for sure to bear some important benefits. In this article, we will highlight some of its important benefits.

One of the biggest advantages of chili pepper is its contribution to digestive health and its effectiveness in weight loss. Contrary to popular sayings, they can be anti-irritant. In this way, it contributes to stomach health and also aids in preventing and treating ulcers.

Secondly, chili peppers are of immense importance in their powder form.

They are rich in antioxidants and other compounds that can soothe a variety of digestive issues. It helps in treating upset stomachs, intestinal gas, diarrhea, and cramps. Peppers can accomplish this because they are capable of stimulating gastric juices and working against the acidity that can damage the stomach lining in your digestive tract. Thirdly, they can greatly accelerate your metabolism. This is achieved by speeding up your metabolism. It helps you curb your craving and also accelerates the rate at which fats burn.

2. A remedy for cancer

The characteristic red color of red chili peppers indicates that it is rich in beta-carotene. It might be due to Vitamin A. Vitamin A is key for maintaining a healthy respiratory, intestinal, and urinary system. Also, vitamin A and vitamin C in chili peppers are crucial in building up immunity against infections and illnesses.

If you are suffering from congestion or allergies, a chili pepper nasal spray can aid in relieving your symptoms. Moreover, they also have several antibacterial properties that can help in fighting chronic sinus infections.